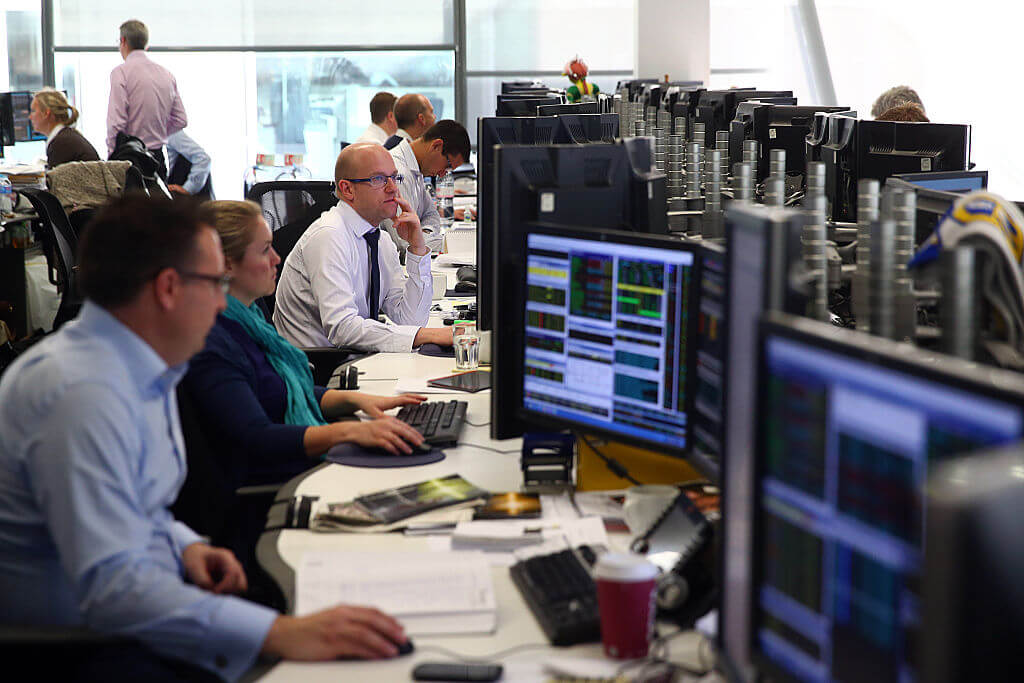 LONDON, ENGLAND - OCTOBER 20: An employee views trading screens at the offices of Panmure Gordon and Co on October 20, 2014 in London, England. Markets stabilised over the weekend following global turbulence amid fears over the Ebola virus and global economic concerns. (Photo by Carl Court/Getty Images)

The question on nearly every millennial’s mind when they graduate from college is how they’re going to find a well-paying job. Luckily, we have an answer for you today, and it involves coding.

For computer nerds and cyber geeks everywhere, we have great news as your coding skills are in high demand and will help you land a stellar job right now.

What about the rest of us?

If you’re a regular person who can be trained, don’t feel left out. You quickly can hitch your wagon to the booming tech industry with relatively little investment.

In fact, Wired magazine claimed in a recent article that coding jobs are already plentiful for regular folks who have basic coding skills. All you may need to do to get those skills is attend a coding camp.

Coding camps are for people who didn’t study coding in college. Participants attend a three-month camp, and graduates emerge with precisely the training that employers are so desperately seeking.

If you’re thinking that you’ll have to move to Silicon Valley to pursue a tech career, you’ve guessed wrong. Coding jobs are plentiful in nearly every corner of the country. Coding makes you a strong candidate for jobs at places such as banks, security companies and a wide range of other industries.

As our society continues to integrate technology such as algorithms and big data into everyday business, we need legions of coders to service these technologies. You don’t have to be a coding genius either. As long as you have solid skills and you know how to do your job, you’ll be golden.

The old economy is gone, get over it

We must adjust to our new economic realities. The new century has brought us a new paradigm where our economy is now digitally driven.

Technology is everywhere, and naturally, employers need warm bodies to service that technology. In many cases, that involves coding and a fundamental understanding of big data.

Coding: The one-way ticket to the middle class

The sad reality is that most millennials are woefully unprepared for today’s economy. Average wages are depressed, and millions of good jobs are occupied by our elders who refuse to retire. Industries that were once solid sources of middle-class jobs are increasingly an endangered species.

Most millennials just want a living wage and some stability. Unfortunately, even those of us who were fortunate enough to go to college often don’t have the right skills to get well-paying and stable jobs. Even our generation’s harshest critics will admit that we haven’t had it easy.

Luckily, there’s a solution to our millennial economic woes. If you want to live long and prosper, learn some coding skills. Go to coding camp — it’s an investment that very few people regret.

Even if you went to college and have significant amounts of student debt, a coding camp is a quick, cheap way to make yourself relevant in today’s job market.