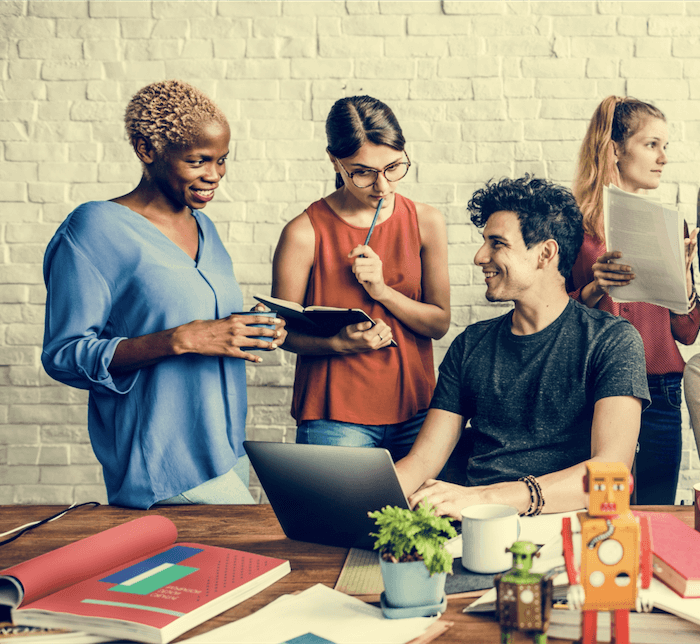 Our series touring the modern economy continues as we come upon the fallow economic landscape of our generation. As the series starts to crossover into present day territory, we’ll examine how millennial careers are acclimating to the economic aftermath of the Great Recession and throw in some predictions for good measure.

In an era where life online has become just as important than life in person,  this group is constantly trying to find meaning in a world defined by connectivity, information and choices. Where it’s perfectly normal to use three slight touches on a screen the size of a napkin in order to find a room to sleep, get a ride, and pay for it.

A period where “going to work” often means getting out of bed, opening up a laptop, and exiting out of last night’s Netflix binge. For others, it’s getting in their car, opening an app on a smart phone and picking up a couple strangers that need a ride to a work meeting at the coffee shop downtown.

Life, especially work life, is changing so quickly that Gen Y must either hold on or get left behind.

Welcome to the Sharing Economy

Remember the tech companies that withstood the dot-com crash? Well, not even the financial crisis could hold back the tech revolution led by these companies. Companies like Apple, Google, and Amazon have inspired a plethora of technological advances that continue to transform how business gets done.

The weapon of this revolution has been dual-edged, benefitting consumers with goods and services at lower and lower prices while displacing and disrupting many of the workers behind them.

What it means for industry

Traditionally, firms are created in order to reduce the costs of contracting out work and monitoring those doing said work. In other words, firms try to consolidate the relevant labor and production processes all under one roof.

However, the peer-to-peer platform that underlies the sharing economy has taken this a step further by allowing a technological platform to replace much of the structure of a traditional firm. By contracting out via a platform, companies can directly connect producers and consumers, broaden their networks, and generate more revenue, all without staffing processes, employee development and training, structured compensation rates and a slew of other business and legal obligations.

From the consumer-end of a computer screen, we are able to see what kind of impact employers have on the environment and society as a whole. This heightened awareness has acted as an accountability mechanism that has challenged companies to broaden the scope of their mission. The adjustment has come in the form of the triple bottom line that addresses financial, environmental, and social costs of doing business.

What it means for workers

On an individual level, millennials don’t just want to fill their bank accounts, they want their work to have a positive and meaningful effect on all aspects of life. Indeed, we have no problem jumping to another gig if our employer fails to meet our elevated, socially conscious, standards. Although this sentiment has fueled technological advances that help alleviate social woes by undercutting the status quo of traditional processes, workers are also having to adapt to the times.

The aforementioned rise of the sharing economy has broken many long-standing labor movement victories. Workers cannot expect the benefits that customarily come with employment, like health insurance, paid-time off, and pensions. In addition, as a large portion of the labor force becomes freelancers, incomes will be increasingly unsteady, turning income streams into more like ponds and waterfalls.

Importantly, the rapid adaptation of companies to the sharing economy has come with job consolidations and eliminations. It has also changed the demand for skillsets; skillsets that, for many, were acquired on the job, but now are to be found on your own.

No job? How about a degree?

The tech revolution has also infiltrated the education sector by offering online services like Coursera, Lynda, and Khan Academy to meet the demand for the new skills. But, despite the infiltration, the traditional universities are still heavily used for accreditation purposes, as many full-time employers view a college degree as a kind of seal of approval.

Enrollment in colleges is correlated with the ups and downs of the business cycle, so it is not surprising that Gen Y saw the largest enrollment in higher education after the Great Recession. Displaced workers have fled dry workforce stretches by returning to schools on the backs of private and public loans.

This phenomenon, coupled with the changing technological landscape, has millennials running to the nearest community, for-profit, or traditional four-year college in search for the latest competitive skills. As schools also needed to readjust to the post-recession climate, the associate degree, which was customarily used to certify nurses, was popularized into a viable, and affordable, substitute to the four-year college commitment.

From 2003 to 2013, higher education enrollment increased by 20 percent. Though some of the increase is attributed to the growth of the population, enrollment rates increased as well. In 2013, students sought degrees in health professions, communications, and computer and information sciences, in the hopes that they would get the needed skills to withstand the competitive job market.

Interestingly, more men decided to go to school during this period but women continued to be the big gender on campus by amounting to 57 percent of all students and outnumbering men at all degree levels from undergraduate to doctoral.

After generations of harping on the importance of soft skills, the tides have turned for millennials, as hard skills are the hot commodity. As companies integrate with computer information systems, data is the new untapped resource. Being able to manage and analyze data with programming, coding, and other statistical software is now a much-needed skill. Having the ability to work with Photoshop, Microsoft Office, and HTML is expected.

While the hard-skill craze is not unfounded by any means, assumptions that they have overtaken soft skills in importance are overstated and not a little misguided. What use are technical skills in Photoshop or data analysis without the creative and critical thinking skills necessary to utilize them in the most effective ways for the appropriate context.

Likewise, being able to think outside of the box—having critical and creative thinking skills—is one area automatons and apps have a hard time achieving. Combining this skill with the hard skills listed above will prove to be a winning recipe for job security.

These are the skills needed to prepare for a freelancing economy. Indeed, it also calls the new labor force to specialize a bit more. Yet, with the flood of information and interesting career paths specializing to just one is tougher than we thought.

Our drunk uncles from Gen X hold the most consumer debt out of all the generations, mostly in the form of home mortgages. But Gen Y takes the cake when it comes to student loan debt. This debt burden coupled with the slow economic recovery displayed by stagnant wages has made it difficult for millennials to “get their lives together” from a traditional perspective. By taking a raincheck on paying for a college education, workers have to dish out a hefty portion of their paychecks to pay off the debt.

Nonetheless, jobs in the financial sector, health care, along with professional and business services have all seen increases in employment and slight increases in wages. From 2014 to 2015, median earnings inched up from $791 to $809 per week. Wages between the sexes continue to be disparate as median weekly earnings for men were $895 compared to the $726 women would bring home.

For folks in management, professional, and “other related gigs,” weekly take-home pay would be $1,158. Remember those hard skills from earlier? The pay for programmers and other computer type jobs would see a median weekly pay of $1,428! In health care, registered nurses make around $1,116 per week these days.

For the wage earnings for virtually all occupations in the United States in 2015, click here.

We  have to rent, thanks

Consumerization has merged with globalization. With much of the United States’ consumable goods being produced outside the country lines, goods and services have become relatively cheaper for us and more affordable for people around the globe.

While phones, computers, online subscriptions, and most of every other new age item seeming to get cheaper, the large purchases have continued to climb in price. According to the U.S. Census, the median value of a home in April of 2016 was $321,300. With the median annual income coming in at around $55,000, a house costs 5.84 times as much as we make in a year.

This is a huge jump from the days of our grandparents when the cost of a home was only 2.2 times the annual income. However, the average price for a new car in 2016 is around $25,500, which hasn’t increased much in the couple decades, if we take account for inflation.

This is why we shudder at the thought of owning a home and are happy to split an Uber with you, Grandma!

Similar to the Industrial Revolution we read about in our history books, we are suffering from the growing pains of incredibly rapid changes; the painfulness of readjustment between one economic period and another. The technical changes have been taking place at a pace that makes us worry about how we can deal with the problems displaced workers, adapting skill sets and increased debt.

The industry disruptions that come with the third wave of technology, will undoubtedly increase our quality of life, but will come at a cost. We see entrepreneurs rethinking education, companies restructuring their business models, and millennials scurrying to get the skills necessary to adjust.

If we can successfully adapt to the changing economy by combining the hard skills and our exclusively human creativity, future generations may be able to reap the rewards and keep us moving forward.