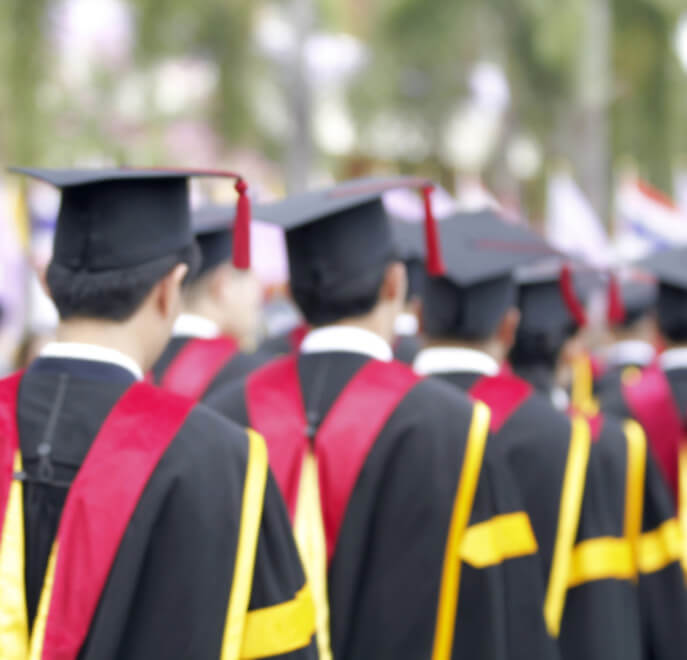 When it comes to graduate school, the rule of thumb for indebted millennials may be, “Don’t go unless you absolutely have to.”

That’s what Quartz’s Lux Alptraum argues in his latest op-ed, “Millennials, don’t waste your money on graduate school.” Alptraum deems law, medicine and academia the only pursuits worthy of a post-graduate education, namely because all three require one.

After tinkering with various post-graduate pursuits and ultimately opting out of grad school altogether, Alptraum recommends considering the following before pulling the trigger on graduate school: Why you want to go, whether or not going will actually help you achieve your goal, the other possible ways to achieve said goal, and, the kicker, whether or not you can actually afford it.

Despite Alptraum’s somewhat subjective assessment of graduate school, he does make some good points – especially given the state of our higher education system, the student debt crisis and our labor market’s trend towards underemployment.

More and more, students are questioning the value of their $80,000 diploma after graduating from college only to find a part-time job as a Starbucks barista.

Albeit stereotypical, the trend of underemployment is real: Some 45 percent of college students who graduated between 2009 and 2013 work a job that doesn’t require a bachelor’s degree, according to MarketWatch.

Let’s also not forget the very casual $1.3 trillion that we collectively owe in student loan debt – a significant chunk of which is accrued by those getting their master’s degrees. The average class of 2016 graduate will owe $37,172 in student loans.

It’s also worth mentioning how outdated our higher education system is, as well as higher ed’s noted tendency to institutionally rebuff technology’s growing influence by way of good old-fashioned stubbornness.

“The introduction of technology into the classroom has largely been geared around improving the quality of the existing content, not changing the curriculum to keep up with a technology-centric economy,” points out GenFKD contributor Andrew Walker. This is a trend that starts at the elementary school level and continues well through college.

This resistance to change raises questions about how good of an investment graduate school actually is. In the world of coding bootcamps, online classes and college-dropouts-turned-tech-billionaires, there’s a growing number of lucrative, up-to-date and cost-effective alternatives that are better suited to our new tech-based economy. Is spending $80,000 on a master’s degree really necessary? Or better yet, worth it?

If students really want to get a leg up on the job market, they should focus on honing the skills most relevant to the tech industry. From automation to the gig economy, the future of our job market is rabidly going the way of the robots. Developers, coders, web designers, UX experts and app developers boast some of the highest salaries in our labor market, claiming job flexibility and security to boot.

Fortunately for college grads, most of these jobs don’t require a master’s degree. Better yet, some are even self taught professions aided by your favorite college professor: The Internet.

Despite the appeal of adding another degree to your academic repertoire while donning one of those Hogwarts-esque graduation caps, there are many other options that are easier on your wallet and arguably, your future.

In this article:Graduate School, tech industry