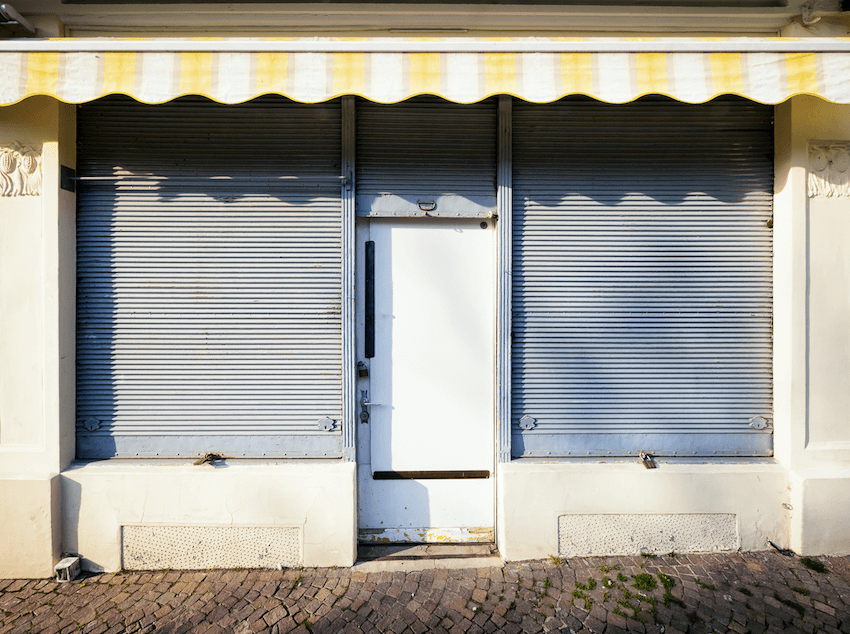 Here’s what we know about small business in the United States today: It’s the source of net job creation and employment it has always been.

However, thanks to a confluence of factors, including millennial risk aversion, domination of markets by long-established big businesses, and the approach of widespread automation, the future of small business is bleak. Already, according to some data, small business and entrepreneurship are on the decline, and they may never recover.

As we’ve discussed, that may seem like a grandiose and overly dramatic statement. Some experts predict that any decline in entrepreneurship we’re seeing now will be counteracted by a rebound at some point. But after examining the numbers, there is reason to think otherwise.

First, recognize that the entrepreneurial spirit in America is on the decline

In some ways, the millennial generation is well-suited to inherit the entrepreneurial spirit their parents embraced. We’ve seen stunning examples of their capacity to combine traditional business practices with an eye towards social impact and responsibility. But some of what makes them such good social entrepreneurs is making them, as a whole, less inclined towards starting their own businesses.

The Great Recession that hit the economy as many millennials came of age had a lasting effect. Young people are all-too-aware of the pitfalls of risk and how everything can disappear in an instant. They are saddled with the kind of student loan debt previous generations never dreamed of. And they see great stability, comfort, and benefits as a result of joining established businesses.

These are just some of the reasons that, according to Census Bureau data reported by the Kauffman Foundation, the number of new companies as a share of all U.S. businesses has dropped precipitously—a whopping 44 percent since 1978. And it’s not that entrepreneurship is just down across the board; In 1996, 20- and 30-year-old entrepreneurs started 35 percent of businesses; twenty years later, that number was down to 18 percent.

By the time millennials get around to starting their own businesses en masse—one prediction puts it at “five to seven years” from now—they’ll be behind the eight ball in a lot of ways. Not the least of which is they’ll be catering to a population that is shrinking, growing older, and living in a markedly different world. And they’ll be have to compete with Goliaths, to boot.

One positive statistic about small business trends is that small business failure rates have been on the decline since 1977 (down 30 percent). On its face, this is good: It’s bad when small businesses go under, as jobs are lost and dreams are crushed.

But on the other hand, that points to increasing dominance of established businesses, like Wal-Mart and tech giants like Google and Amazon. While Amazon and Google hardly stifle innovation—which was previously the role entrepreneurs played in the U.S. economy—they do tend to hire the best talent and retain them with fantastic perks. They also dominate their industries and crowd out smaller businesses from making a dent, as most transportation companies that aren’t Uber or perhaps Lyft can attest.

To that point, according to Inc., existing American companies opened roughly 50 percent more branches in 2011 than in 1978, when 80 percent of all new establishments were fresh, new companies—now, that number is down to 60 percent.

It’s simply more difficult for new businesses to grow in this climate, and oftentimes when a company creates a whole new market (such as Uber did with their on-demand car service app), they tend to dominate it. Then they buy up competitors and consolidate until the market is theirs. Using the small business options become less feasible for consumers.

In and of itself, the increased domination of big business spells trouble for small businesses, as it always has. But this time may be different.

Lots of blue-collar jobs will be disappearing soon, strangling the job market

As mentioned above, some experts think an entrepreneurial upswing will occur in the 2020s. But what will the U.S. economy look like then?

It’s hard to say, but we see signs that there will be a mass disappearance of the kind of blue-collar jobs that used to provide livings for millions of people. Truck and cab drivers, cashiers, manufacturing workers, and many other professions are already being automated out of existence, not simply outsourced.

The list goes on, and the trend will likely extend to other jobs in ways we find hard to predict today. Even small business owners of the future will have to choose between, say, hiring a personal assistant or enlisting workplace A.I. to do the menial work, such as scheduling appointments or creating Google Doc folders. Small business owners are often obsessed with bootstrapping, cutting costs and DIY endeavors—will that be any different in a world where human capital is more expendable than ever?

Worst of all, it’s the early days of a new business’s lifespan when the most jobs are created, and in fact it’s what makes small business the “driver” of our economy today; that may not be the case going forward. And finally, all those people who were laid off, with nowhere to turn for employment: Where will they turn for goods and services? Certainly not the small businesses, where prices tend to be higher. They’ll head for the established giants with low prices, who can afford tiny margins. And the cycle will continue.

The future of small business could go one of two ways

There is some data that disputes what we’ve discussed. The Global Entrepreneurship Monitor surveys individuals and experts rather than relying on government data, and they say entrepreneurship is on the rise. They count “soloists,” like freelancers, as businesses unto themselves, and soloists are thriving thanks to advances in technology. While they don’t create jobs, they are another wave of entrepreneurialism that goes underreported.

And perhaps, in a world where our menial jobs are done by machines, robots, and apps, maybe more private and public investment can be made in making small businesses and social entrepreneurship more viable, as a means of spreading wealth without resorting to “universal basic income,” an idea that scares many traditionalists. Maybe our immigration policies will change to reflect the entrepreneurial value immigrants have always brought to our country—another scary thought to traditional types.

More likely however, it seems that big businesses will continue to consolidate, dominate and spread, and though small business will likely never disappear in its entirety, it’s possible it will remain as more a novelty or relic to the past.

Hey, people still use horse-drawn buggies in some parts of the country, rather than cars. A car goes faster, sure, but isn’t riding behind a horse just fun? Buying from Amazon might be cheaper, but isn’t this artisanal cheese shop just adorable?

In this article:Economy, future, small businesses

Bold @BoldTV
4 hours ago
Should Schools Teach Financial Literacy? This Would Be Key - https://t.co/DAUVuzgITA
View on Twitter
0
0