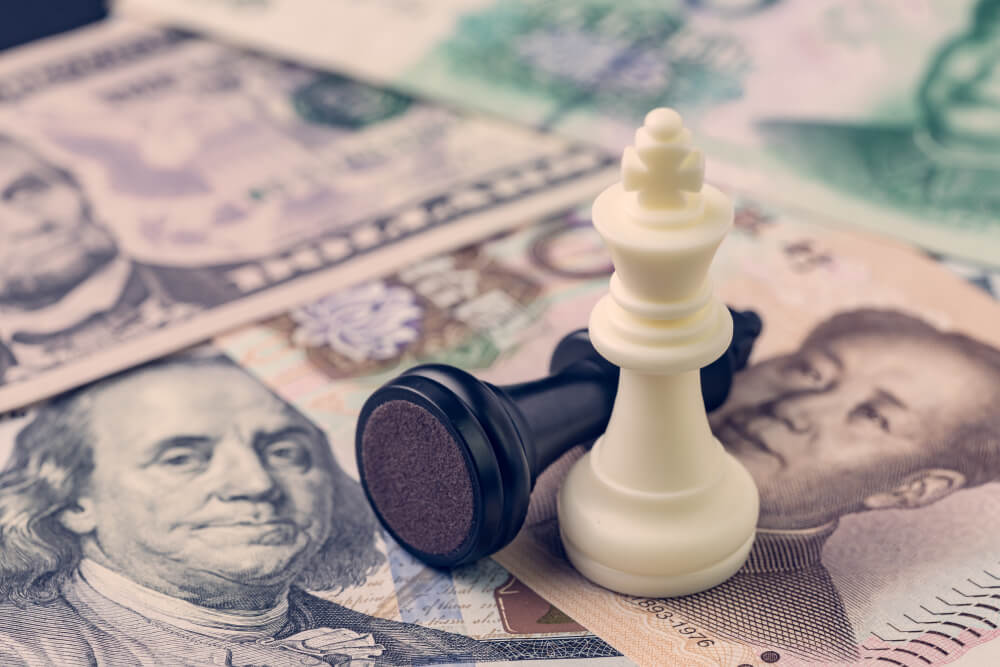 There has been a lot of news lately about tariffs beginning with the imposition by the president of tariffs on steel and aluminum. In order to formulate an informed opinion as to whether this is a good or bad idea, and to figure out what it might mean for you and for the American economy as a whole, you have to understand the basics of trade and tariffs. Well, here are the opposing arguments on whether the new tariffs are a good or a bad thing.

Free Trade as an American ideal

The American economy is often described as one based on “free trade” or, at least that is the ideal. This means that buyers and sellers from different economies trade without restrictions put in place by the government. Restrictions might include quotas (limiting the number of goods produced), subsidies (bolstering prices of goods by offering help), prohibitions (forbidding the production or importation of certain goods) or tariffs. Sometimes, free trade is actually spelled out in agreements such as NAFTA. Free trade is often contrasted with trade protectionism. Right now, the discussion is centering on tariffs, so let’s tackle that one.

A tariff is a tax imposed on specific goods or services. Tariffs are used to restrict imports by increasing the price of goods and services purchased from overseas and making them less attractive to consumers. They are generally used to raise revenue or to protect domestic companies or manufacturers from international competition. Through the protection of these companies, it is also said that jobs in these industries may also be protected since tariffs should increase productivity in the local industry. Instead of buying foreign goods, buyers buy the goods that are locally produced.

But the thinking on tariffs is not clear-cut. After all, they can also make domestic industries operate less efficiently due to complacency, as well as generate national tensions due to the favoring of certain industries over others. Finally, tariffs can result in “trade wars” in which every nation enacts their own tariffs against foreign goods. Since different nations produce different goods and not all nations produce all goods, tariffs can make commerce complicated.

“The main purpose of a tariff these days tends to be about protecting particular domestic industries from foreign competition,” said Amitrajeet A. Batabyal, an economics professor at the New York State-based Rochester Institute of Technology, in an article on The Conversation. The tariffs currently being imposed would affect such trade partners as Canada and Mexico, two of the United States’ major trading partners as well as other economies such as China and the European Union.

One of President Donald Trump’s major platforms in his 2016 presidential campaign was to make “America First.” One industry that was singled out was the steel manufacturers who have been hit especially hard hit by the import of cheaper, overseas suppliers. Starting after World War II, and for many reasons including the demand for cars produced in the U.S. and the destruction of European steel mills, the steel industry was central to the U.S. economy and a major producer and seller of steel worldwide. The industry has declined since then, and  Trump is not the first president to attempt to bring it back by imposing tariffs. In fact, the strategy dates back as far as President Richard Nixon.

Finally, the pros and cons of all this

The theory is that tariffs protect against potentially damaging competition. By making foreign goods more expensive, homegrown manufacturers and businesses will buy from domestic suppliers. With tariffs, these industries cannot be undercut by goods from abroad. Tariffs are essentially synonymous with protectionist nationalism. That is to say, we protect our own, and you other countries figure it all out yourself.

Many believe that protectionism will prevent the need for businesses to slash their prices so low just to keep up with foreign imports, effectively rendering themselves broke just by doing so. With policies in place that protect local goods, there will be no need for such compromising maneuvering.

While the manufacturers tend to benefit from such governmental nurturing, it is the customer who often has to face the brunt of this new strategy; they will most likely have to pay more for locally made products than if they were to do business with companies from abroad. After all, these local businesses, which are saving money due to the tariffs, are not required to pass on the savings to their customers. And, it is likely that the price of raw or manufactured goods protected will increase. For example, the price of cars may go up if car manufacturers cannot use cheaper foreign steel. “Studies found that the most recent steel tariff imposed by President George W. Bush in 2002 resulted in as many as 200,000 jobs lost in industries that use steel to make their products,” said Business Insider.

Another danger is that, in the increasingly global marketplace, an imposed tariff such as this might set off a powder keg of international retaliatory tariffs. This could have a devastating impact on global trade and could hurt American industries when goods sold abroad are made more expensive to consumers there through the imposition of tariffs. The Confederation of British Industry’s international director, Ben Digby, has warned that such a trade war “will damage prosperity on both sides of the Atlantic.”

At the end of the day, there are benefits and detriments to these tariffs, and really, we don’t know how things are going to turn out. So we’ll just have to wait and see. Especially since, in a stunning reversal, Trump has suggested no tariffs and no barriers at the G7 summit just weeks after threatening high tariffs in U.S.-allied nations. If this says anything, it says that none of us know how this thing is going to shake out for sure.

Bold @BoldTV
43 minutes ago
Do You Know the History Behind Juneteenth? - https://t.co/fy4Ucnf4rq
View on Twitter
0
0