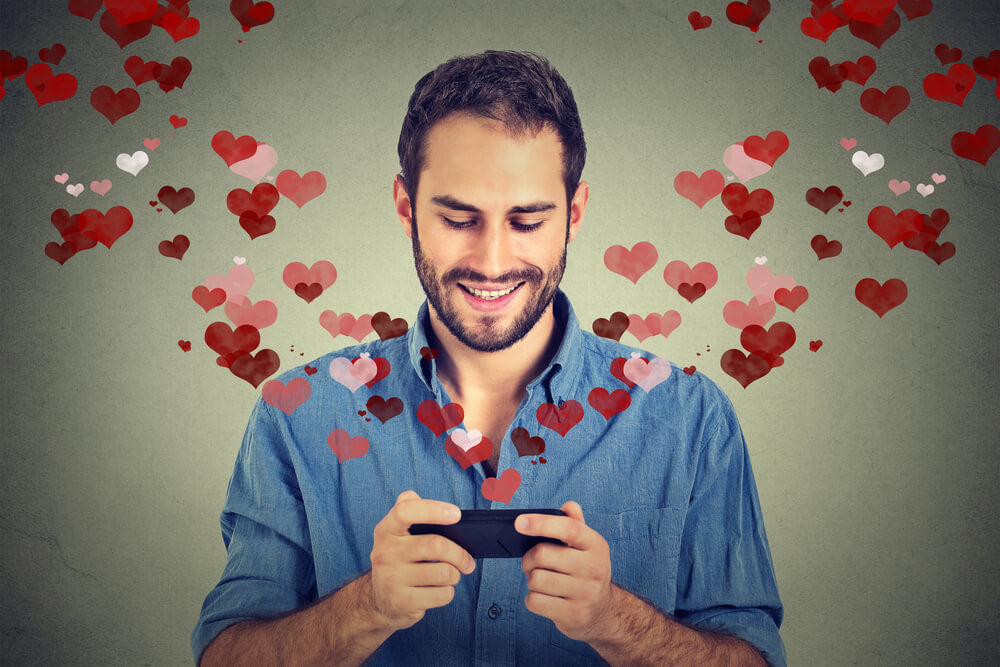 Man in blue blue button-down shirt staring at phone with hearts coming out of it .

Facebook might have had a “slight” data-breaching mishap recently, but they are returning to their old shock-and-awe ways by working tirelessly to bring the good people of planet Earth what they want. Did you guess it? That’s right. Zuckerberg and Facebook are designing their own online dating app. I wonder If you will be able to swipe “laugh emoji,” on people’s dating profiles…

Yes. Really. Zuckerberg’s creating an online dating platform. As for the other online social dating platforms — Hinge, The League, Tinder, Bumble, whatever else — this news may not be so unimportant to them. More likely, they are shaking in their swiping-boots. Or they are furious. Or both.

It was revealed at Facebook’s annual developer conference that Zuckerberg was “going for it.” Facebook is about to be “in a relationship” with the online dating app industry. Which, considering that more than 200 million Facebook users identify themselves as single in their informational sections, it is really a no-brainer for Zuckerberg. In fact, it is a surprise that he/they did not think of this move sooner!

Any deets on the features?

Apparently, the way that it works is through the Facebook app itself. No need to download any other app at all. “This is for building real, long-term relationships, not just hookups,” Zuckerberg said, obviously in a none-too-disguised slam on dating apps like Tinder that have a reputation for stoking the “hook-up” culture fire.

We’ll get to that in a second! Other than the Facebook app dropping, want to guess what else is dropping? Stock in other dating apps. Especially stock in Match Group — the company that runs Tinder — whose stock dropped a whopping 22 percent. It was the LARGEST ONE-DAY DROP IN HISTORY! Tinder is pointing to Zuckerberg’s and Facebook’s recent infamy as a way to do some damage control. Can you blame them? They have got to try something, after all!

“We’re surprised at the timing given the amount of personal and sensitive data that comes with this territory,” Match Group’s chief executive, Mandy Ginsberg, said in a statement. “We understand this category better than anyone. Facebook’s entry will only be invigorating to all of us.” Sounds like Ginsberg is trying to play it cool.

Joey Levin, the chief executive of IAC, also threw some shade: “Come on in. The water’s warm,” he said in a statement. “[Facebook’s] product could be great for U.S./Russia relationships.” Same with Mr. Levin, on the “trying to play it like he isn’t frightened” front.

Zuckerberg — for his part — says that creating an online dating app is only a natural extension of what Facebook is already doing. He relates how he has heard tons of stories from people coming up to him on the street and saying how they met their spouses on Facebook. Facebook has a history of emulate-and-replace tactics: Look at how Facebook pretty much took over the physical-location game in 2010. At that time, they mostly replaced a similar app designed by the start-up Foursquare. Facebook also has recently introduced photo filters and visual storytelling which are quite reminiscent of the social network Snapchat (also their rival).

When Zuckerberg and Facebook’s chief product officer, Chris Cox, introduced the forthcoming service, they made a point of discussing how it was designed with privacy and safety in mind. The profiles will not be visible to existing Facebook friends. Additionally, conversations within the dating service will remain separate from the company’s existing messaging services, Facebook Messenger and WhatsApp. Presumably, they will not log our conversations, either, though it wasn’t explicitly stated.

But still, privacy advocates are busy, amongst themselves, questioning — some probably with wry laughter too — whether it is a wise decision for a company that has faced trust issues over its handling of people’s data to enter the sensitive world of dating preferences right now. Valid question, but, at the same time, who knows? Facebook is good at this whole social application thing after all. So a Facebook dating site might work out well.