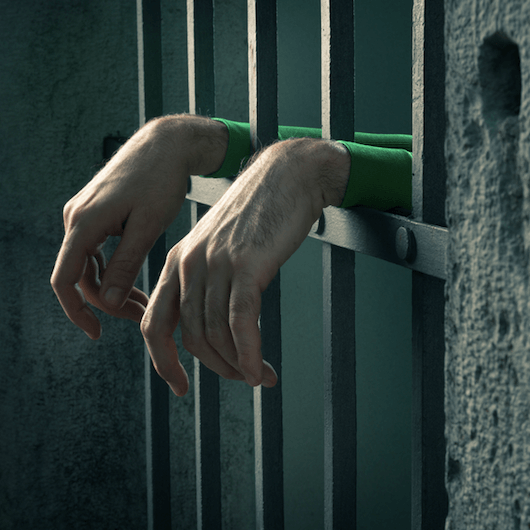 pair of hands sticking out from behind prison bars

The average prison sentence in the United States is almost twice the length as that in Australia and almost five times the length compared to Germany.

This gap can be partially explained by differences in sentencing for drug offenses. Drug offenders in the United States receive an average sentence of five years compared to 32 months for those in England and Wales. Robbery, assault, and fraud are also common crimes for which the United States deals out longer sentences.

This wasn’t always the case. U.S. prisoners used to serve much shorter sentences, but this changed when the “Tough on Crime” era spurred legislation known as Truth in Sentencing (TIS) laws.

The History Behind Truth in Sentencing Laws

Up until the 1990s, criminals were serving very small percentages of the sentences that were set for them in court. Prisoners released in 1996 served an average of 44 percent of their sentence.

This was due to prisons running under indeterminate sentencing structures, in which judges set ranges for sentences and parole boards determined when prisoners would be released. Prisoners were often released on parole for good behavior in prison.

However, in 1994, Congress intervened by enacting legislation to fund Violent Offender Incarceration and TIS incentive grants. The legislation also offered states grant funding if they could show that violent offenders would serve at least 85 percent of their sentences.

A 2002 study was conducted while states were adopting TIS reforms to see how the laws would affect prison populations. The study found that prison sentences for violent offenders increased in every state that passed TIS legislation.

Prison admissions and prison populations also increased, but the study stated that this was likely influenced more by changes in state populations, crime rates and arrest rates.

Essentially, TIS laws did have an impact on length of prison sentences, but have not been the primary factor influencing rates of mass incarceration.

Now, 30 states meet the federal government’s guideline and mandate that prisoners serve at least 85 percent of their original sentence.

While Indiana, Maryland, Nebraska and Texas require that prisoners serve 50 percent of their original sentence, states like Idaho, Nevada and New Hampshire moved in the other direction to require 100 percent of the minimum required sentence.

President Barack Obama has recently begun advocating for changes to the criminal justice system in order to decrease rates of mass incarceration, and has included TIS laws as one of the reasons we have so many people in prison today.

The TIS laws were likely backed by valid reasoning. When a criminal is prosecuted and a sentence is determined, it is reasonable to mandate that the criminal should have to serve most of that sentence in order for justice to be served.

It is also reasonable to say that victims of crimes have a right to know how long their perpetrators will be in prison, and should not have to worry that they may be released early.

However, something must be done about mass incarceration in the United States.

It is important to understand what pieces of legislation have contributed to these incarceration rates in order to determine how they can be improved – and Truth in Sentencing has certainly contributed to the issue.

In this article:mass incarceration, prison reform, truth in sentencing

Bold @BoldTV
13 hours ago
Should Minimum Wage Workers Make 15 An Hour? The Fight for 15.
https://t.co/5wrHWnTvPn
View on Twitter
0
1