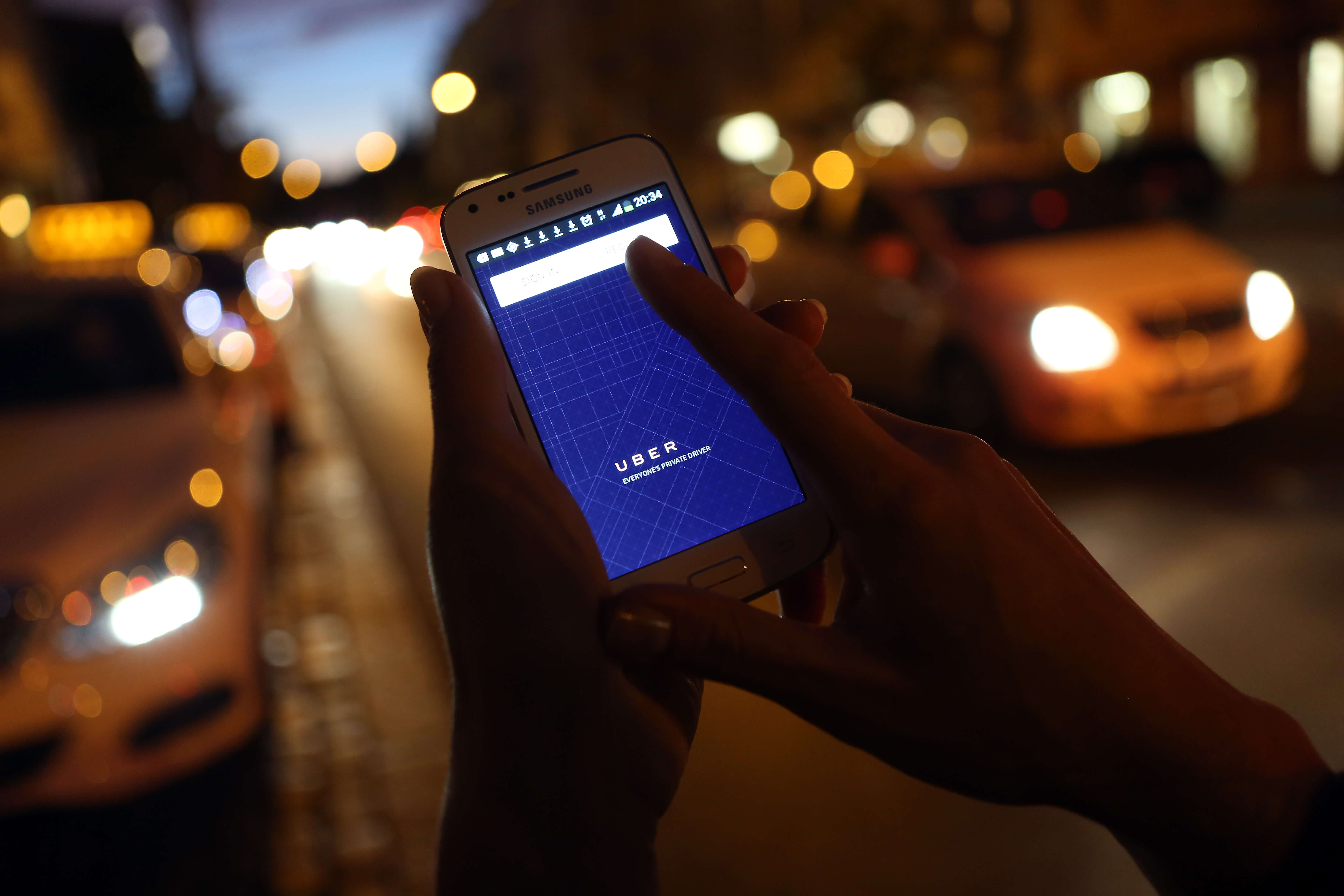 BERLIN, GERMANY - SEPTEMBER 02: In this photo illustration, a woman uses the Uber app on an Samsung smartphone on September 2, 2014 in Berlin, Germany. Uber, an app that allows passenger to buy rides from drivers who do not have taxi permits, has had its UberPop freelance driver service banned in Germany after a complaint by Taxi Deutschland, a trade association of taxi drivers in the country. The company, which operates in 42 countries over 200 cities worldwide, plans to both appeal the decision made by a court in Frankfurt as well as, at the risk of heavy fines, continue its services in Germany until a final decision has been made on the matter. (Photo by Adam Berry/Getty Images)

Uber has had its fair share of troubles lately, and along comes another one. The company is now being sued for ripping off its drivers. Uber is being accused of showing higher fares to riders than it does to the driver, allowing the company to pocket the difference as well as taking its regular amount from the driver. They also are being accused of rigging the software for their app to charge customers more.

The reason why Uber is able to overcharge the customer and underpay the driver is because of its software. Uber has allegedly set up the app so that customers are shown a longer and slower route to their destination, leading to an increased price. At the same time, the driver is shown a shorter route, and therefore is paid less.

This software comes after Uber debuted their latest feature of “upfront pricing,” where customers are able to agree to a price before booking a ride.

Uber is being accused of breach of contract, unjust enrichment, fraud by concealment, unfair competition, independent contractor misclassification and failure to pay wages, as well as labor code violations.

Although the software is fairly new, this is not the first time that employees are noticing a discrepancy between fares.

We’ve been down this road before

This isn’t Uber first lawsuit; it has been sued by their employees, their customers and even the government for a variety of reasons. Uber even has a history of using a tool called Greyball to help Uber drivers avoid being ticketed, as well as using credit card information and social media accounts to avoid code-enforcement officials.

This also isn’t the first time that Uber employees have noticed a difference in the fare they see on their phone when compared to the fare their passengers are given. There have even been situations where the driver received half the amount the passenger was charged.

But while customers and drivers are being ripped off, Uber shared its own side of the story.

Although it seems that the new “upfront pricing” software could have been purposely rigged, Uber isn’t arguing that, but rather stating that passengers agree to the fare upfront. In the same way, Uber says that the drivers agree to the pay policy when they sign up. Therefore, they feel that they do not owe either the customer or the driver any money.

A spokesperson for Uber has even said that it is more common for the system to underestimate a route, suggesting that the company actually has to make up the difference between the price and the driver’s earnings from its own pocket.

Uber has had its fair share of lawsuits, so this one comes to no surprise. Unfortunately, they seem to be more interested in making money than running a solid company. The credibility of the company is at stake, as more and more people are coming across issues with the software or the company itself. Hopefully Uber can fix its “upfront pricing” software and be more honest about its prices.