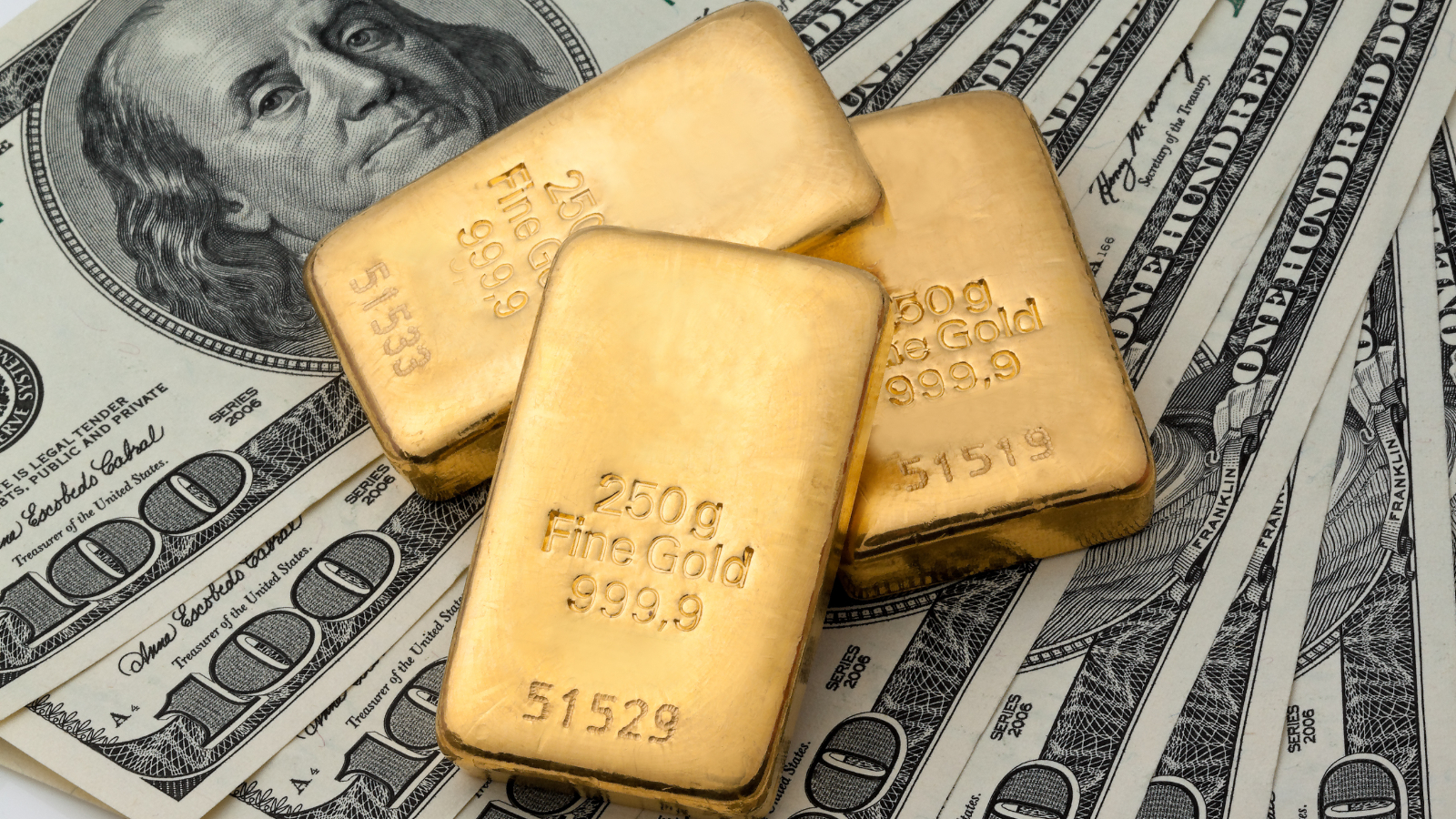 The gold standard was all the rage back in the day, but the United States has long since said “Deuces” to the old system.

Since the dawn of time, humans have had an impulsive obsession with shiny objects. Flip through any history book and you’ll find cave drawings of Neanderthals making crude friendship bracelets out of gold. (Statistically speaking, it had to have happened at least once, right??)

Regardless, it was only a matter of time before gold was converted into currency and developed an economic value. For centuries, gold and silver coins were the only way to pay until paper money was introduced. This is when countries established a gold standard for money — where the government sets a price for currency relative to the value set for gold.

The gold-brick road of the United States

Let’s take a quick trip down gold-backed memory lane, shall we?

The United States made things official with the Gold Standard Act of 1900, thanks to our ride-or-die economic bro, Adam Smith. His views on economic efficiency and productivity are what inspired David Ricardo – another classical economist – to suggest the idea of a gold standard in the first place. Ricardo was in favor of the gold standard because he wanted to create a currency that was “perfectly stable in value.” Using Smith’s economic views, the gold standard had one purpose: to produce the most stable currency possible.

FDR pulls a fast one

After officially going on the gold standard, it only took 33 years for sh*t to hit the economic fan. After the Great Depression came in like a wrecking ball, President Franklin Delano Roosevelt decided to cut the cord on the gold standard in 1933 by making it illegal to privately own gold, with the exception to jewelry. FDR thought that if he could make it illegal for people to possess gold, it would prevent bank runs and keep more cash in circulation, which was desperately needed during the Great Depression.

After forcing everyone to turn in their gold and exchange it for money, FDR then used his presidential swagger to raise the value of gold from $20.67/oz to $35/oz, creating $3 billion overnight out of practically nothing, like a total bo$$.

FDR then took all this extra money and dumped it into social programs to alleviate some of the economic pressures of the Great Depression. This was great and all, but FDR did take a huge gamble. He devalued US currency by 41 percent (relative to gold) and distanced the United States from the use of the gold standard. While he didn’t technically take us off the gold standard entirely, we came pretty damn close.

While he might’ve had some slight control issues, Richard Nixon was able to finally rip the gold (standard) Band-Aid off in 1971. In an attempt to stop the cash flow crisis left by Lyndon Johnson and the Vietnam War, Nixon’s announcement effectively stopped foreign countries from exchanging US dollars for gold. Awesome, right?

Wrong! This put the United States in a very precarious position. If we weren’t on the gold standard anymore, then what would our dollar be worth? Who would decide its worth? And who would know when to make more money?

Where we are today: Everyone drives a Fiat

After ditching the gold standard, the United States has put more faith in the Federal Reserve to steer the economy with its monetary policy. The United States (and almost every other country) now operates on a fiat money system, which basically means that money is worthless unto itself. The value of money is determined solely on the “supply and demand of money and other goods and services in the economy,” instead of a tangible item like gold.

But with inflation woes, cryptocurrency supporters are saying this is the time to take currency online. Digital currency has risen in popularity, with some trading platforms — such as Coinbase — even going public on the stock market. However, governments are still wary of creating an entirely decentralized currency system. Some shady stuff could happen.

While there are arguments for going back on the gold system or creating a crypto-system, one thing is for certain: the United States was a fashionably late, total bandwagoner to the fiat system.